Still Waiting for the Snow to Go 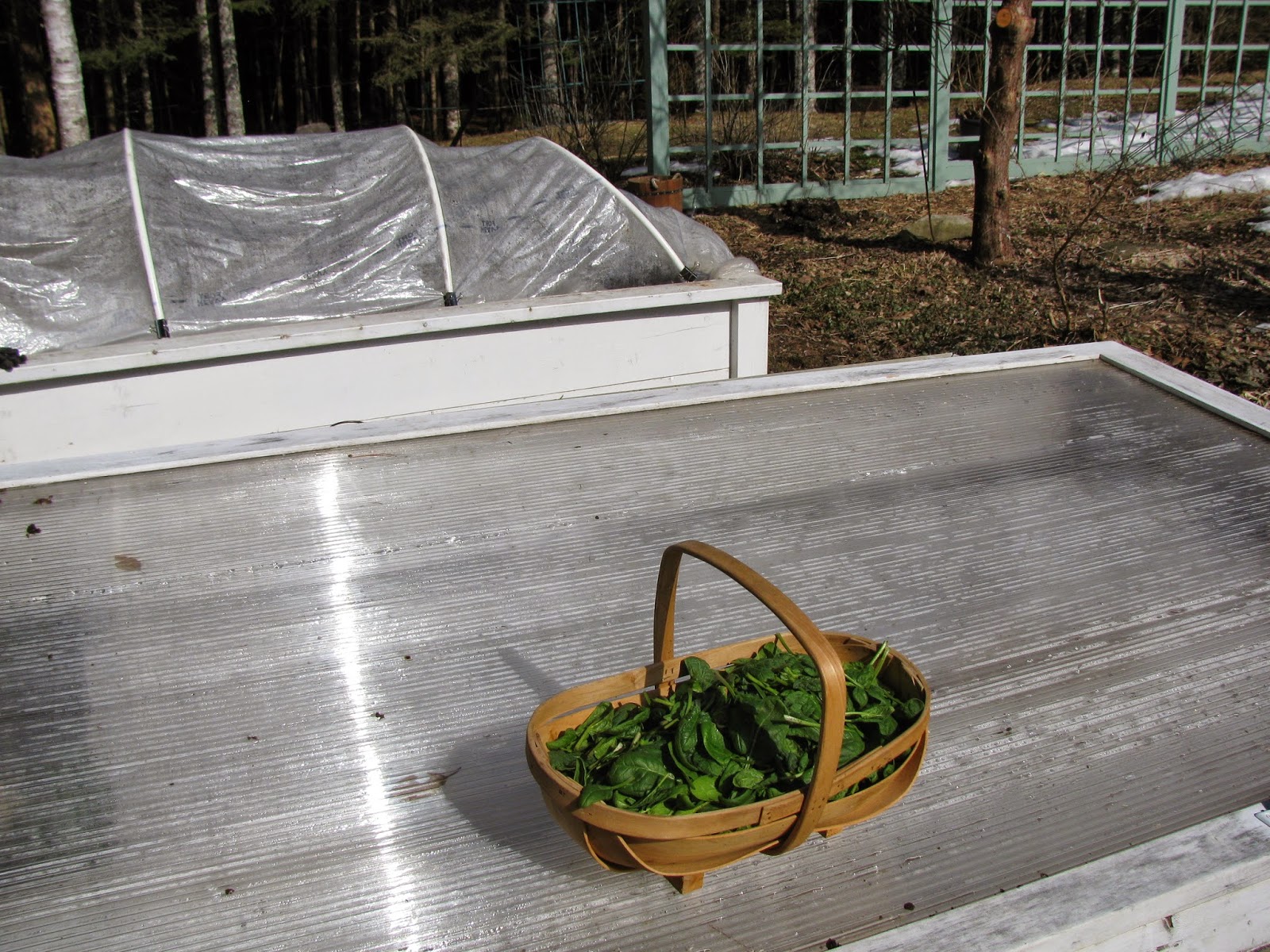 Just in under the wire for a March post. It's been difficult dealing with our winter weather this year here on the south shore of Nova Scotia. Homes and businesses have had roof collapses with the weight of it all. Very sad. We had a collapse of the cold frame Lexan cover but the Captain came to the rescue and it's back in place.  March 2014 we were picking spinach but not this March! 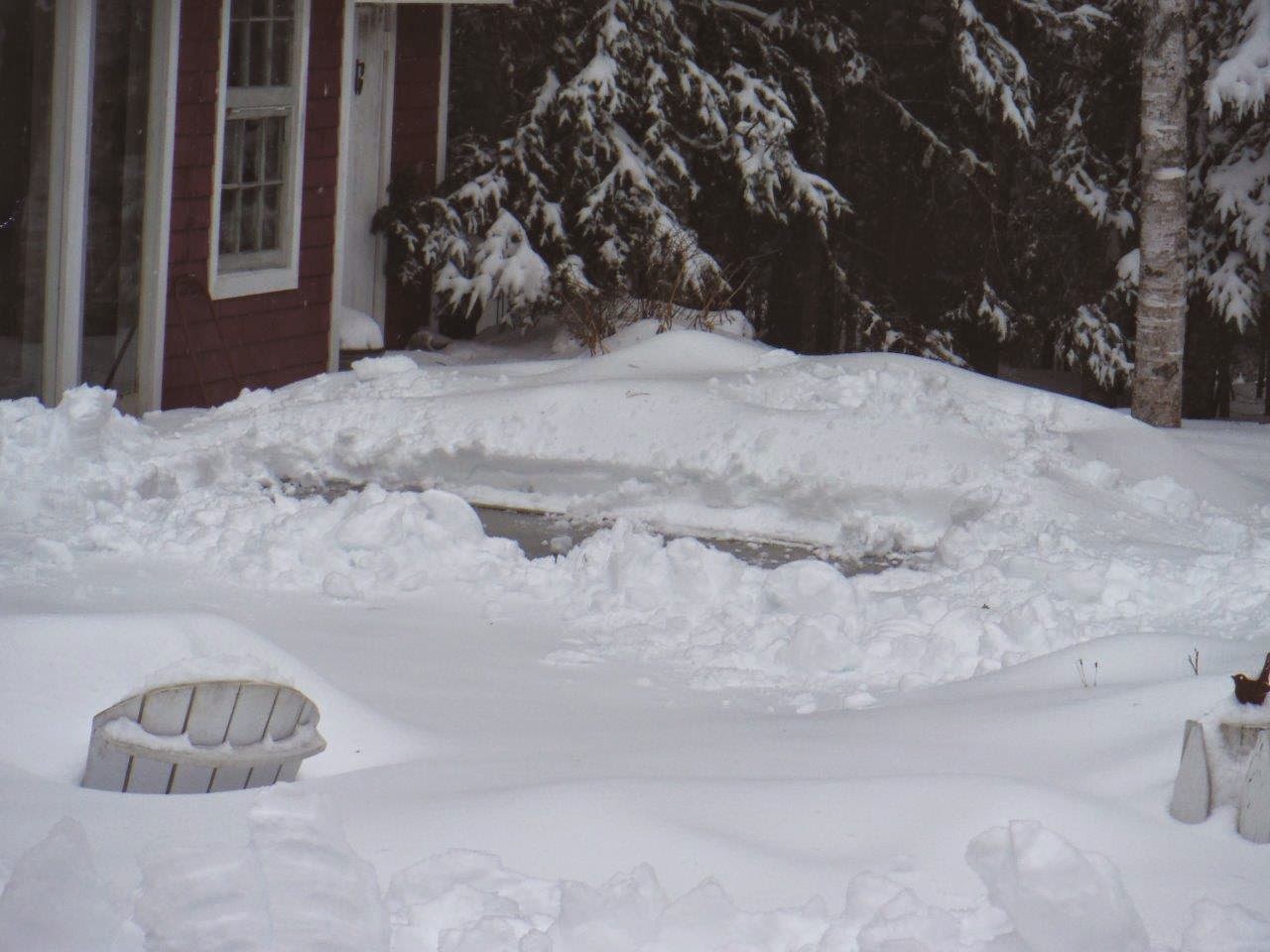 It will be interesting to see how this growing year ahead preforms, having deep snow so late in the season. Will blights and bugs be affected for the worse or better I wonder. The forest animals are having a difficult time, especially the deer who have found the deep snow a hardship. The hares seem to be doing okay as we often see their prints in the snow but I hate to think of the damage the mice are making in their tunnels deep below at ground level. As I write, flakes are falling but everyone here is hoping, this is winter's last hurrah. Please let it be so. I am putting on weight, not working in the garden ;-)

An anonymous commenter suggested trying Oregon Spring tomato because it is reliably early and cold tolerant, similar to my Sub-Arctic Plenty.  Thank you whoever you are! The leeks and onions started in February have been transplanted to bigger containers and are happily growing under lights. Just that simple pleasure changes the gift of a day for the better. Sifting through the seed packets I try to decide what goes into the raised beds first....spinach, broad beans (dwarf variety), some of the leeks, scallions and mixed greens. 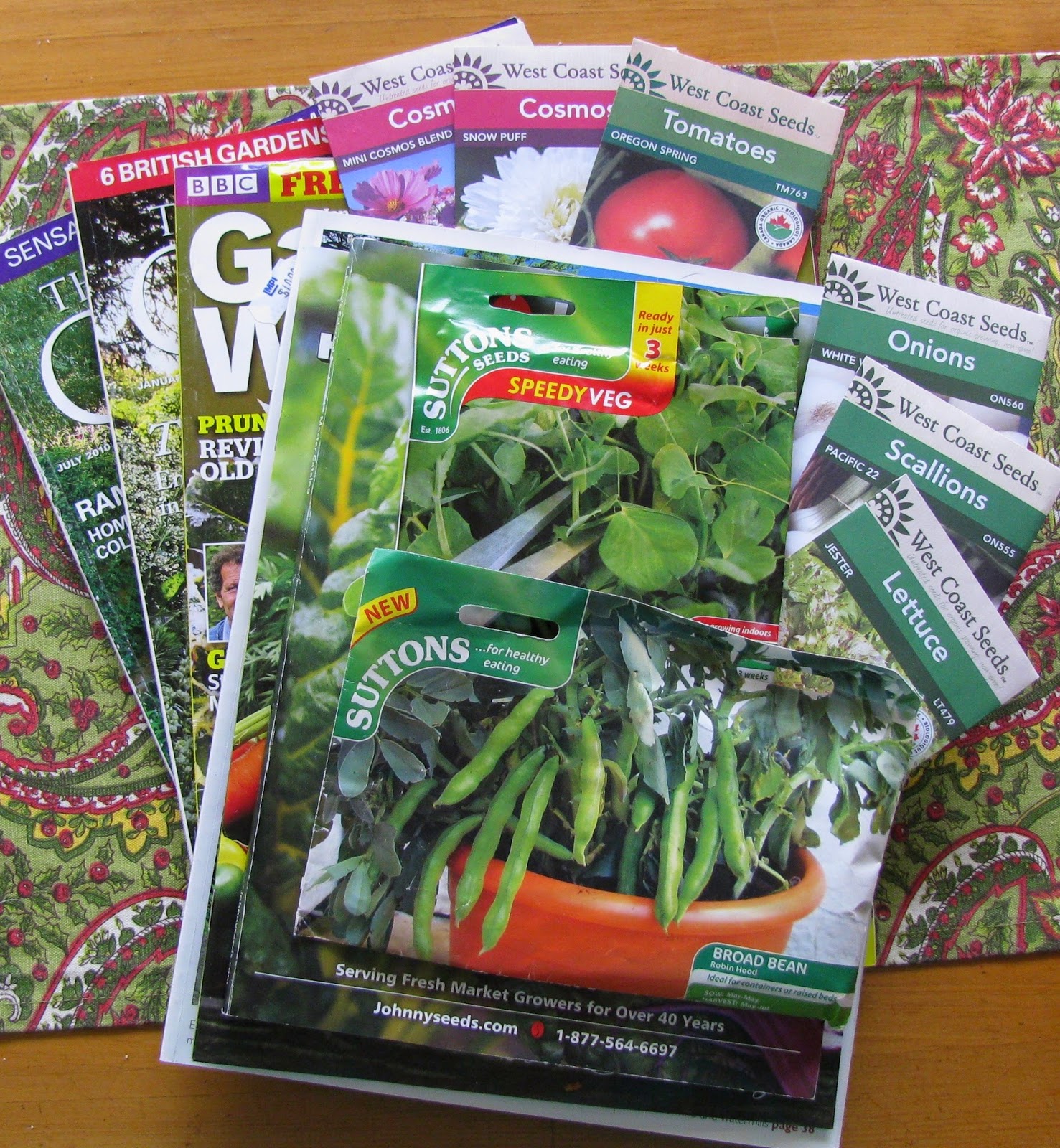 This year I'm going to put more annual flowers in the vegetable garden. For ages, we always had cosmos, marigolds and volunteer flowers growing where they were not expected. I loved the wildness of it all, and realized I miss that look and feeling. "Mini cosmos blend" grows to 20 inches sounds outstanding and also, a taller 31" called Snow Puff. "Breathtaking, fully double flowers in pure white" from West Coast Seeds.

Old garden magazines are keeping me inspired and doing some hateful spring cleaning keeps me out of trouble. Let's hope today is the last day shoveling snow and instead, we'll soon be spreading compost!
Posted by Gardeningbren at 2:47 PM 18 comments: