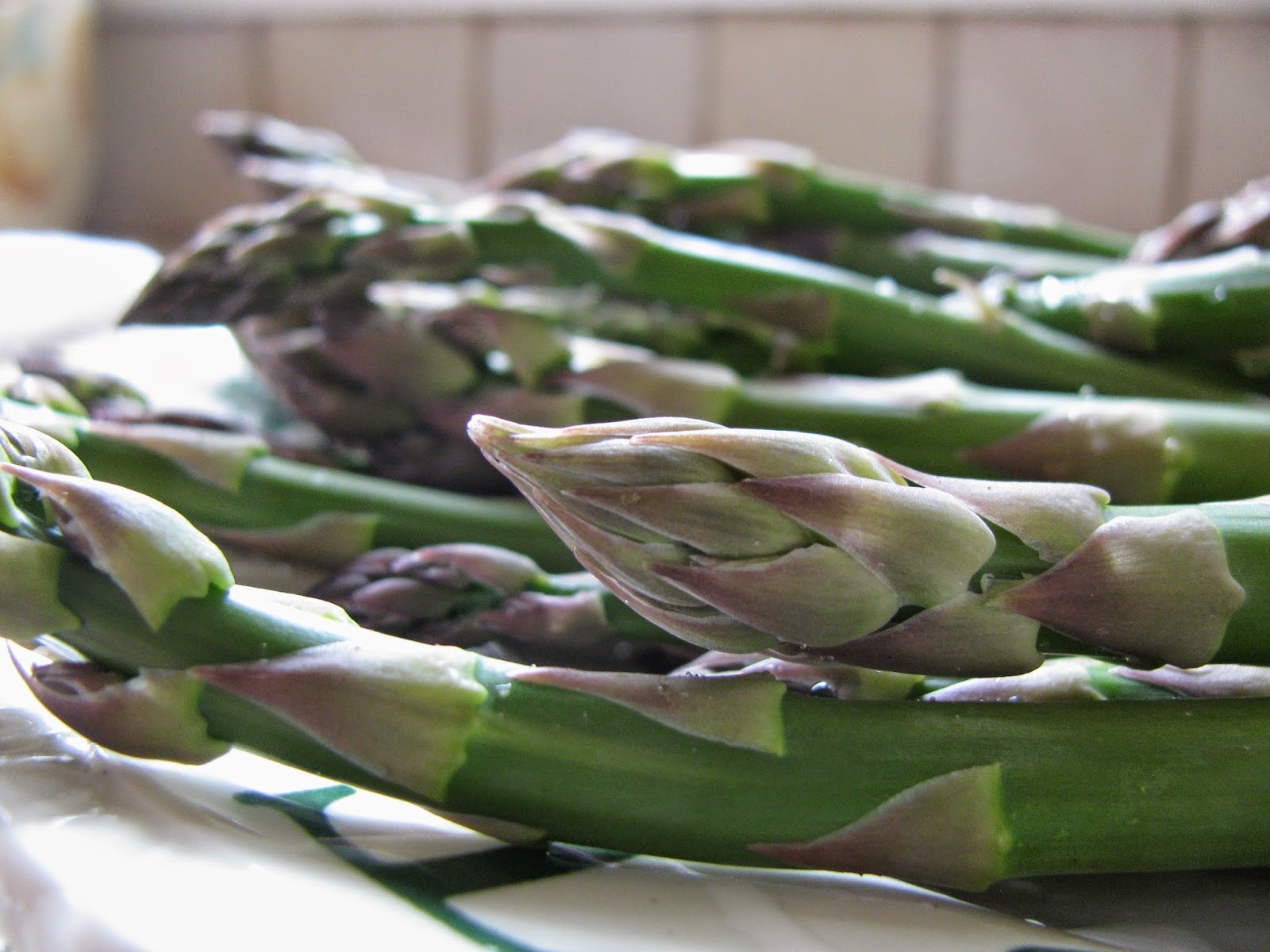 Two harvests so far, and oh, how deeply and deliciously wonderful! FRESH and green vibrate words of spring! 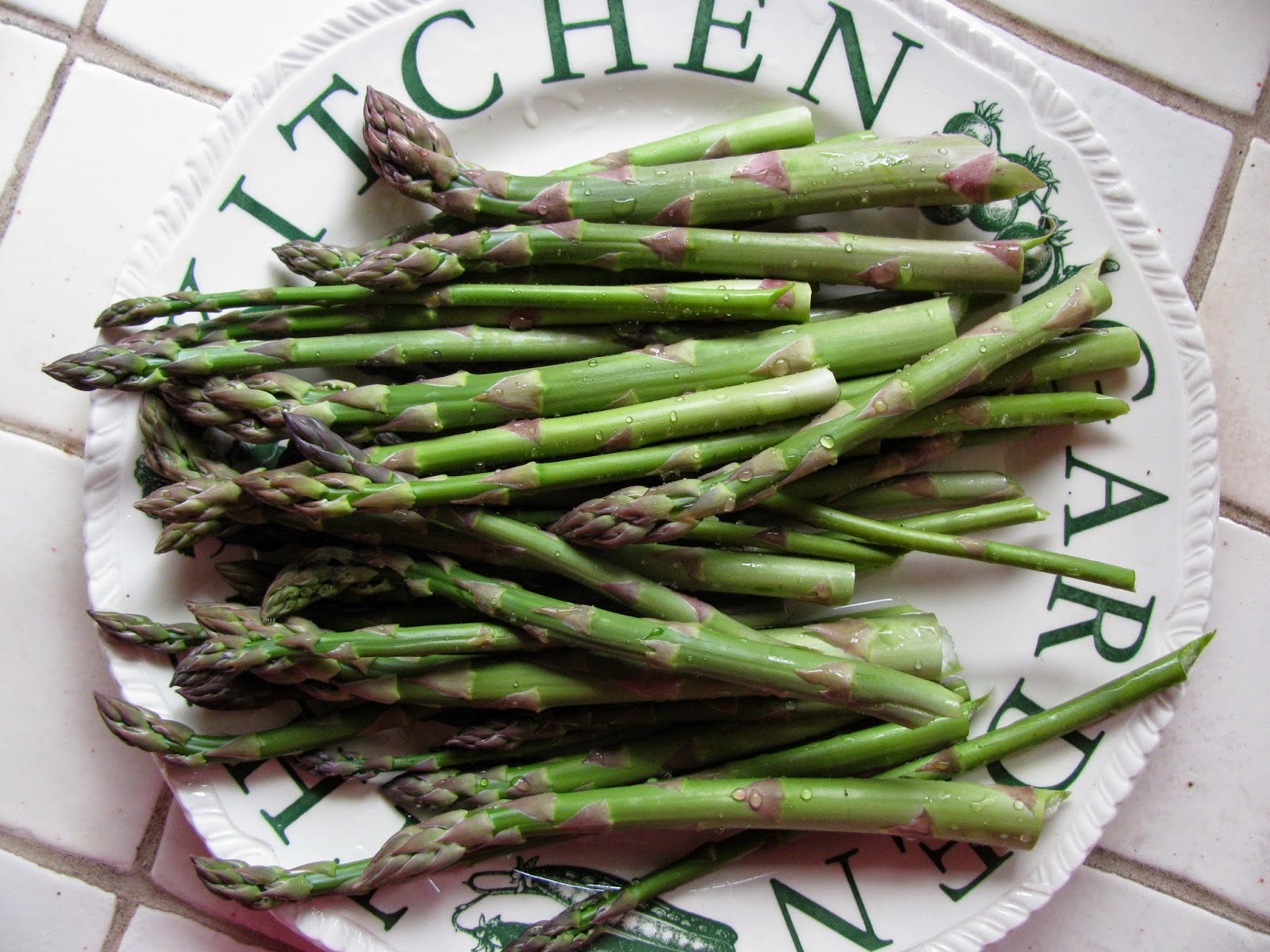 Would you like to know my asparagus 'story'. It begins on Salt Spring Island in British Columbia about 29 years ago. We were caretaking a farm, a little baby boy made three. Making ends meet was a challenge but we did okay. Captain was working on the B.C. Ferries..I was at home mom. That farm...we didn't know what we were doing to be truthful. One day, Cap brings in this stick thing..'what's this'. I kinda thought I saw it in the grocery store maybeeee....and remember, there was no 'home' computer back then..no google. But they were sticking up in a row in a small field covered with grass, and somehow, we thought they might be 'something' to eat. The farm owner came by on the weekend and when we showed him the spears he said..."you mean that old asparagus field my dad planted twenty years ago is still producing".  AHem..asparagus..twenty years ago??? What do I do with this? Good old "Joy of Cooking". First taste was not snapped off in the garden bed like I would do now, but steamed, then cooled, then rolled in processed ham slices, placed in a dish and topped with sour cream, sprinkled with blue cheese and baked till melty. WE honestly thought there was no other food on this earth to compare. Asparagus..we love you.

When we moved here to our Nova Scotia quick draining (sandy) garden thirteen years ago, first thing we did was put in an asparagus bed with twenty something son's help. Dug the trench, filled base with a load of manure, built up a sand hill under each root stem, roots spreading out nicely, and covered it over. Every year, we enriched it with more manure. Well the bed is going on fourteen years old now, still producing. I wonder if someday, when we are gone from here, will a young naive couple say..."what's this?. Looks like something good to eat". What are those sticks?

Update:  Captain says he did remember his British born dad eating canned asparagus but couldn't think those spears were the same thing ;-)
Posted by Gardeningbren at 9:27 PM 26 comments: