Inspired by the Chester Garden Tour 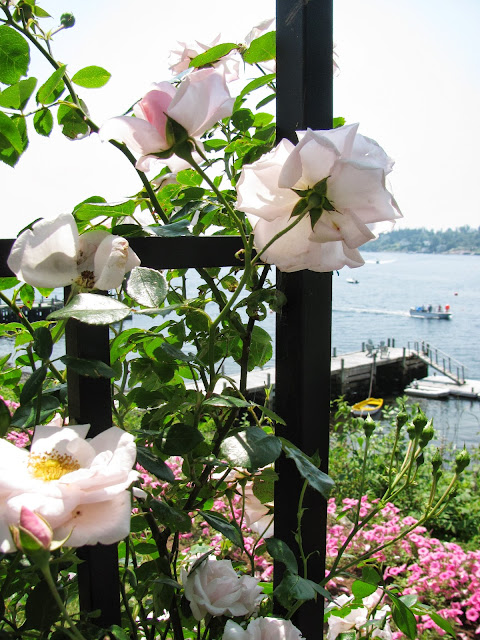 It's always inspiring to visit other gardens whenever possible so even though it was hot enough to split rocks yesterday, my friend Sher and I set out at eleven to cover as much territory as possible. Seven gardens were showcased in Chester, Nova Scotia presented by the gardeners and the Chester Municipal Chamber of Commerce so thought I would share a few of the highlights.

Our first was a well established garden, overlooking Marriot's Cove. What inspired me was the enormous dedication of the couple who have so lovingly worked turning a hay field into a peaceful retreat for over twenty years.
The gentleman of the property came out to introduce himself, passing by one of the two enormous wisteria in the gardens. Is that not awesome! 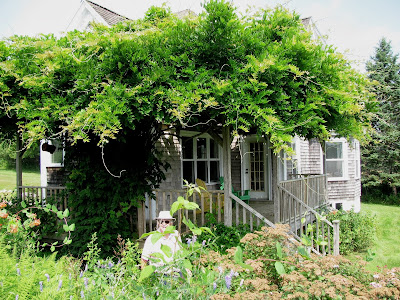 The many fruit trees began as an experimental orchard and even though aged, they were loaded with maturing pears, peaches and apples. What I wouldn't give for even a small orchard. Next garden ;-)

We decided to take our lunch in the gazebo at Lordly Park where Niki Jabbour was offering a "Question and Answer" period and so we had the opportunity to pick her brain! Folks really enjoyed having a quiet question time by my estimation and I think Niki was pleased to sit in the shade and offer good sound advice. Everyone received free copies of Gardens East Magazine which was a bonus. Niki.....love the blue sandals. 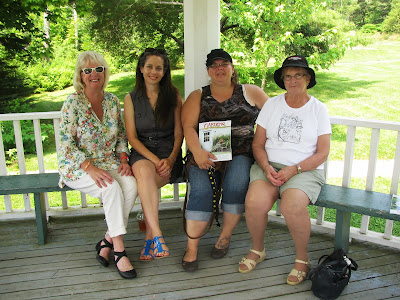 A garden that really spoke to my veg and flower garden soul was at the Hackmatack property. It's cottage style with a large "X" pathway, pulled you to meander through and admire the combination of vegetables and herbs surrounded and studded by masses of flowers including lots of beneficials. I read the X in the pathway is symbolic of the blue cross found on the Nova Scotian flag...nice. 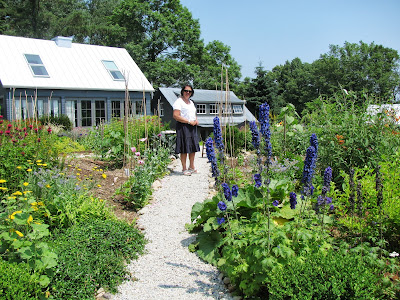 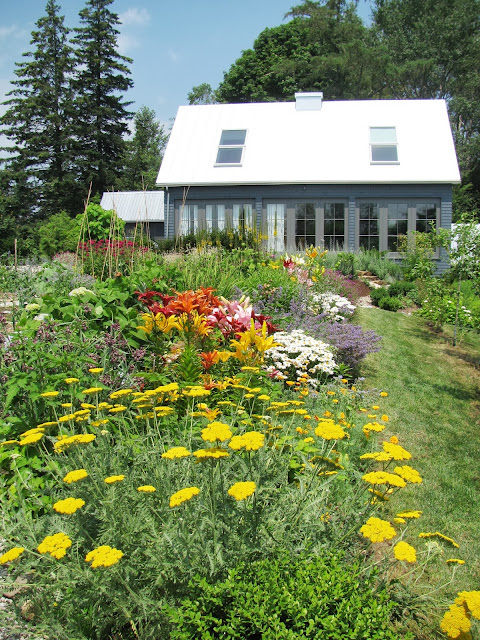 What also inspired me was the way some of the other gardeners used art in the garden particularly, a new garden built on a slope so, one had to be very sturdy indeed as the heat was about 33 c.
This made me smile and was a clever way to use stone and brick we thought. The Canadian Flag in terracotta and limestone. 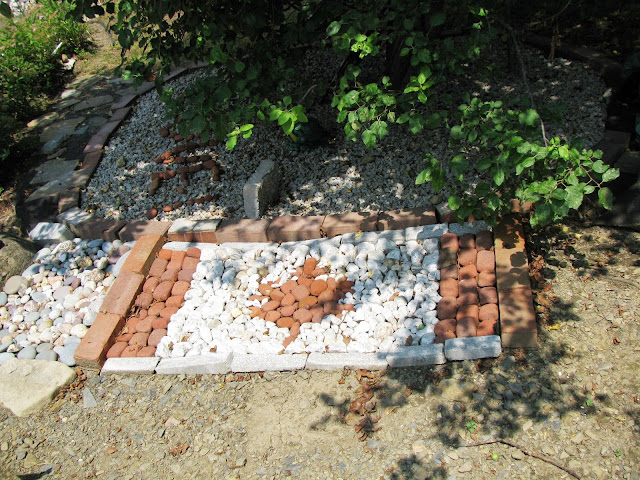 There's a garden we always look up and admire when we're on our boat coming into Chester by water. The rose in the first photo was taken there. The long bed is a mass of pink petunias which never fails to bring a smile. 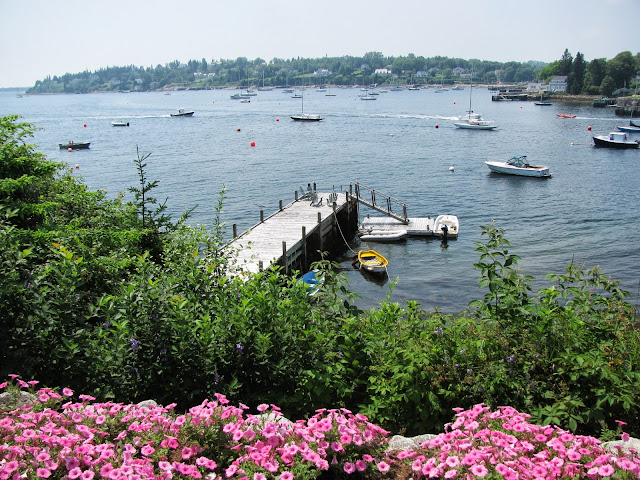 The house was clad in roses as well as the arbour and fence. It just made me sigh with longing..how beautiful.
Last but not least by any means, was a very fine garden on Sophie's lane. Two fantastic Brugmansia were growing by the gate, outstanding in beauty and fragrance! 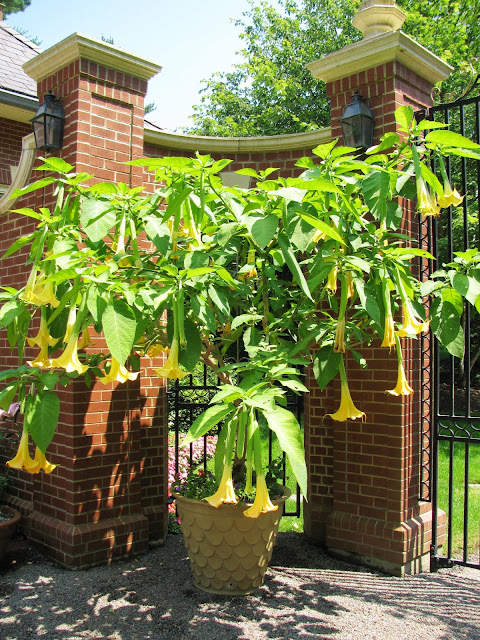 One would have to have a greenhouse to store those over winter, and the gardeners at this estate do have one..a fantastic greenhouse in fact where tropicals grow and food is harvested for the table year round. 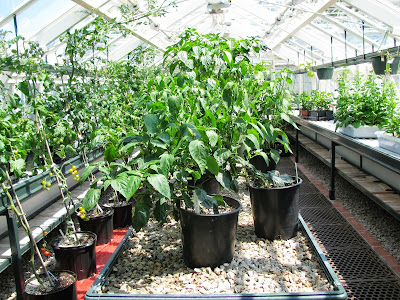 The handout contained a quote by Hugh Johnson..."No two gardens are the same, No two days are the same in one garden."  When I think of the variety of gardens we visited, not all included here, this quote is resoundingly true. Each and every garden from grand to modest, inspired, awed, taught, and filled us with the pleasure of that gardener's gift of sharing.