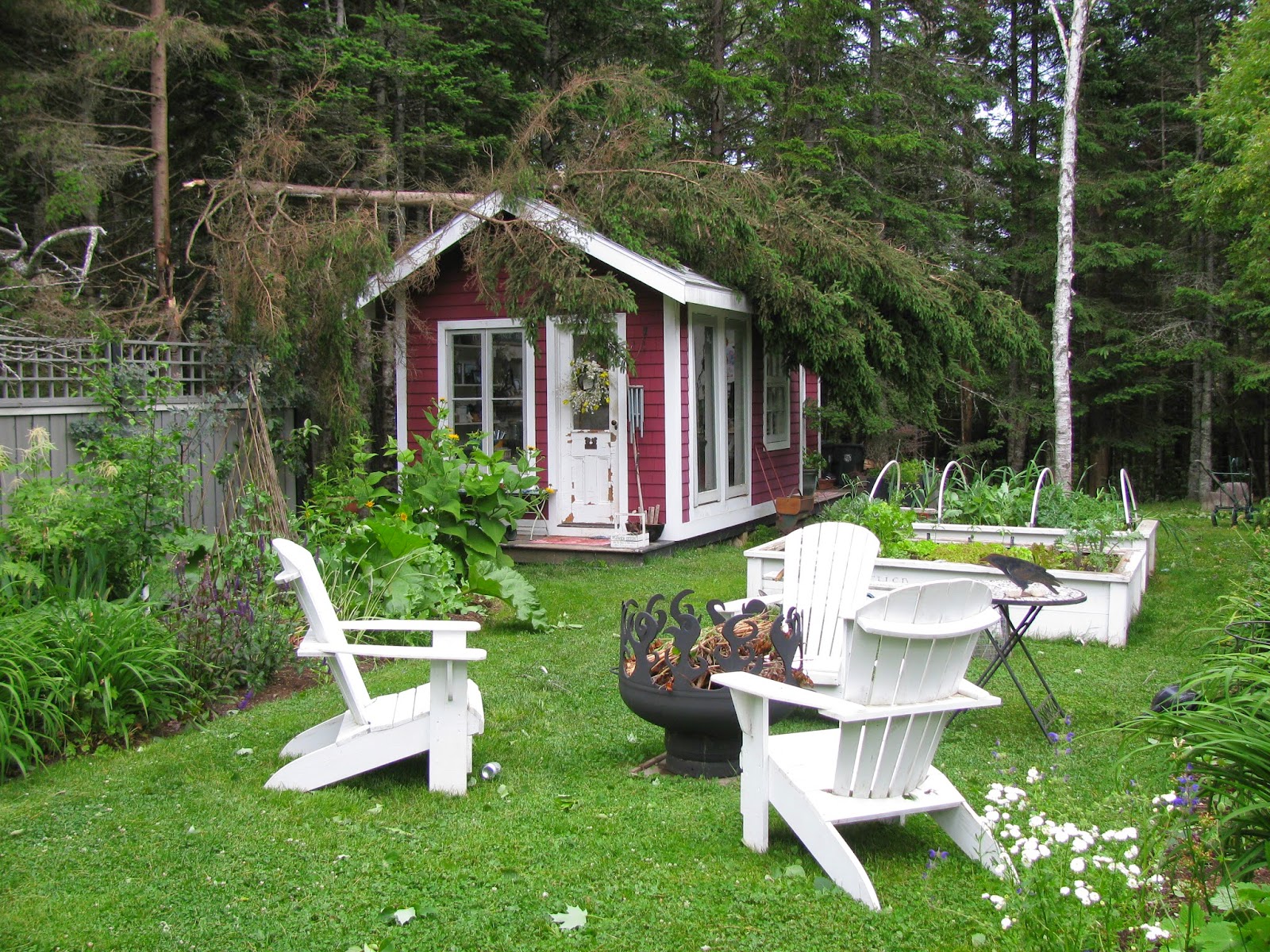 June disappeared. It almost seems it didn't arrive, and then came July with sunshine, warmth and a hurricane reminding us to not get too comfortable. The robin and chicks windvane took a beating but we think we can fix it. One of the industrial windows in the roof of the Red Shed cracked and so we will have to work on that as well....likely remove it although only one of the triple panes are broken. So far, it's been quite a ride into summer.

Every year in a garden, is different. I can depend on insects eating my germinating beans until the first week of July and then, they are left alone. There are other things I can depend on as well, indestructible rhubarb will uncurl from the soil, plantain will grow in the lawn, and clover will blanket the rest. Chipmunks will eat at least half of the tulip bulbs after they have died back and that one and only night we forget to bring in the bird feeders, the raccoons will saunter through the yard keeping us awake as they scream and fight over the seeds.

This year, another wet but cooler year, has seen a leap in the perennial bed that surrounds the vegetable garden, especially in the front. 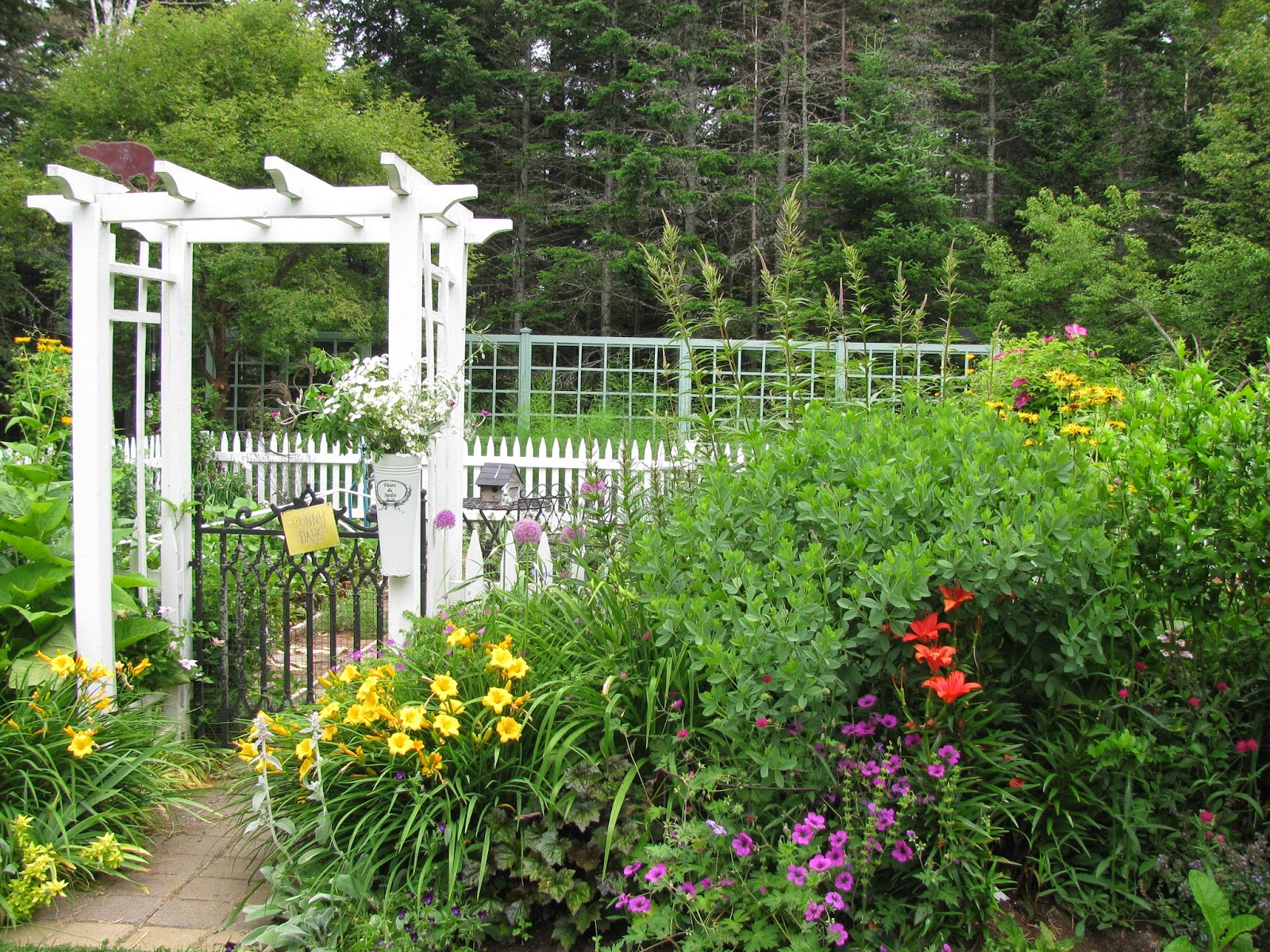 What should be a pleasing mound of perennial geraniums, daylilies and baptisia, is simply a solid wall each plant fighting to gain dominance. It looks a bit too messy for me, so perhaps some division is in order. Certainly a good grooming. What I've also noticed this year, is a bloom growing on our Yucca! Now we have not seen a bloom for at least four years so there's no telling what a new garden year will bring.

As for the veg garden, well we are getting lots of peas right now, although the hurricane did it's best to lay them low. Put in bondage they are happy again. 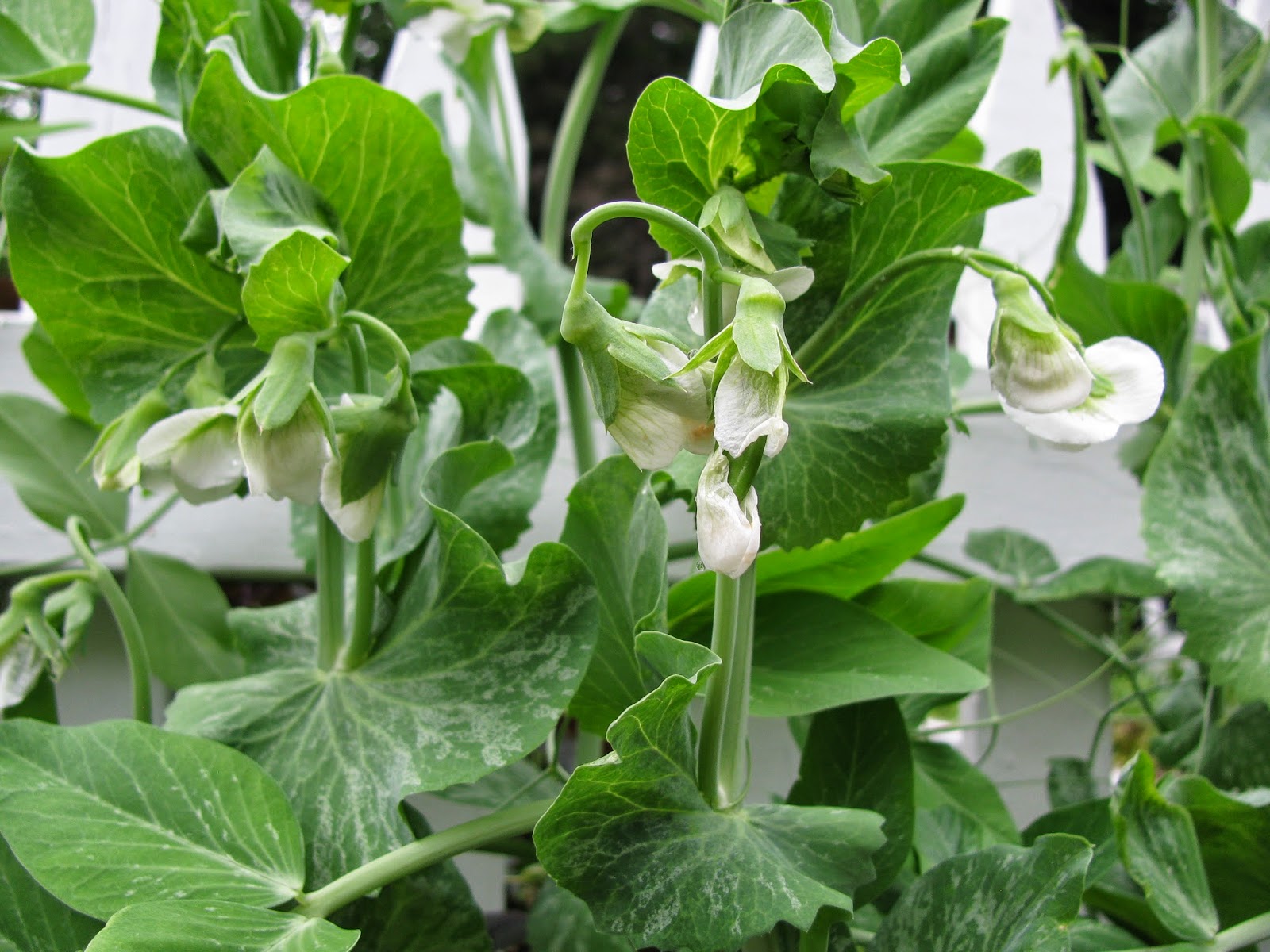 The weather has been very good for the lettuce varieties but I must say, Tom Thumb lettuce has to be one of my very favourite, tolerates high temperatures when mature and resists bolting better than larger varieties. These below need thinning. 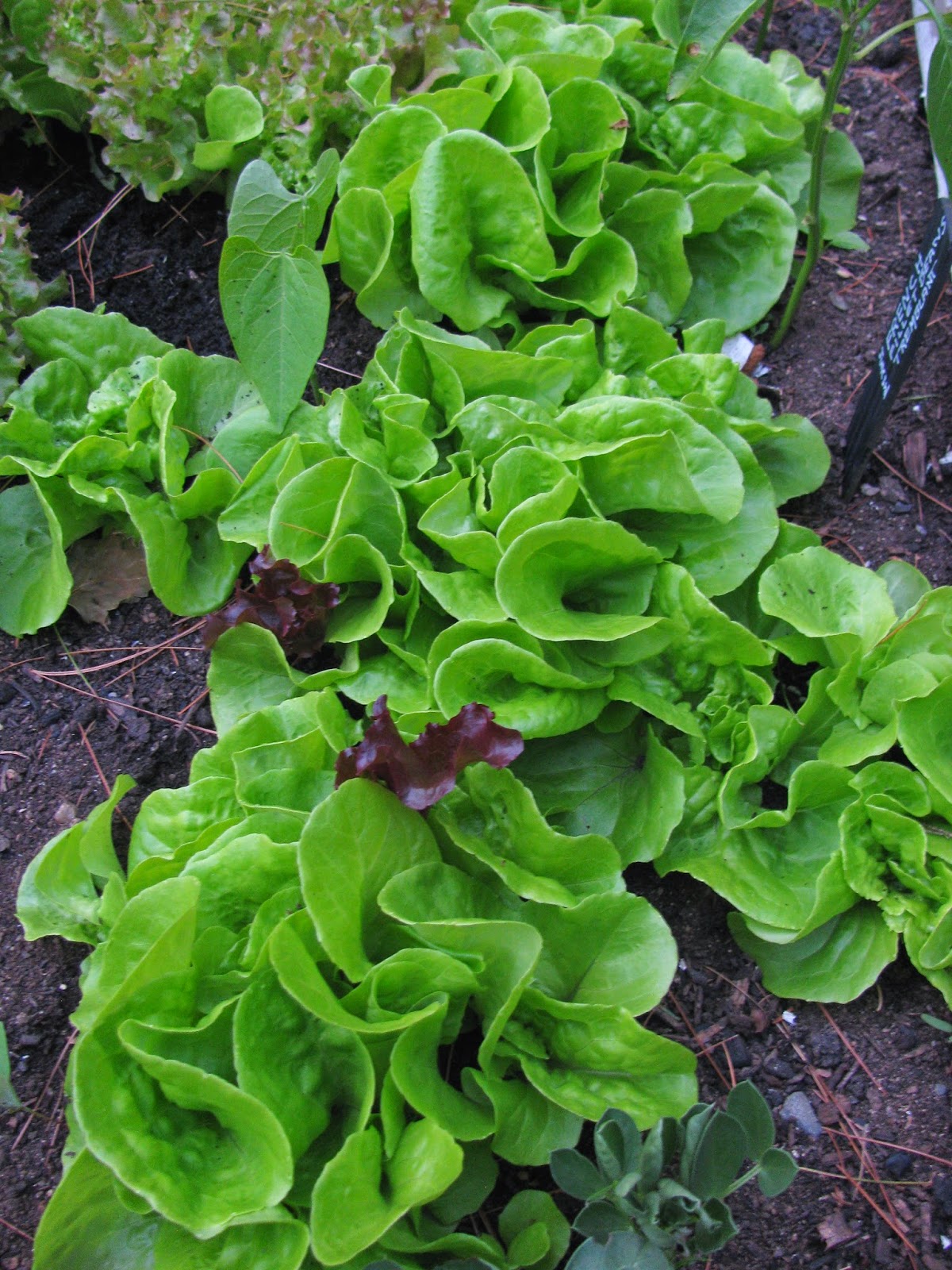 Thinking an old packet of Dwarf Blue Curled Kale from 2008 wouldn't germinate but not willing to waste the packet without trying...well we have had great success. As it was in the raised bed and covered, it's grown quite well and only now are we starting to see a few green caterpillars on it. 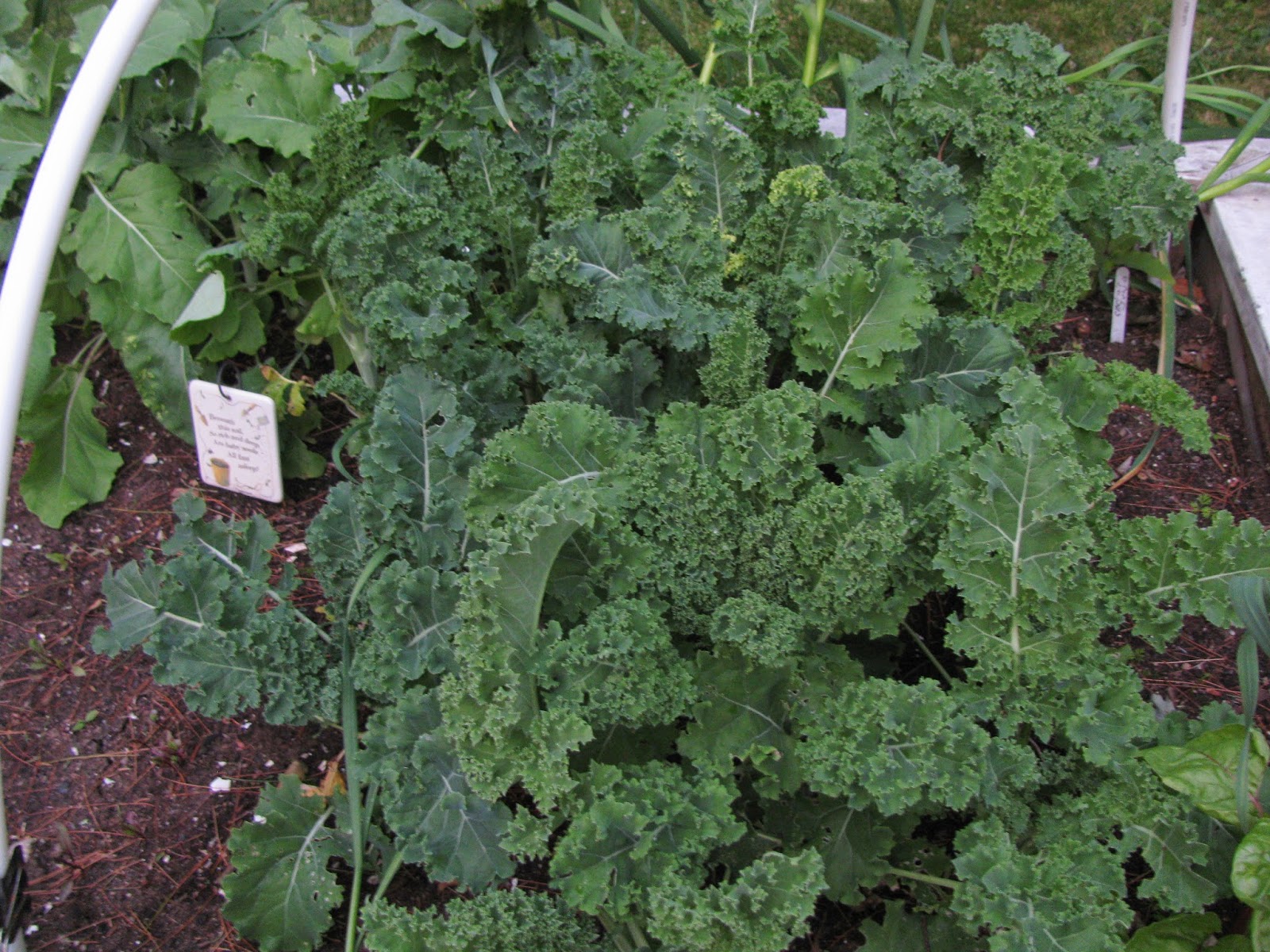 All and all, it is shaping up to be a good growing season here in our South Shore Garden in Nova Scotia. Soon our thoughts will be turning to what to plant out mid August for fall crop, extending the season in the raised beds. Better yet though, fingers crossed no blight...we should soon have ripe tomatoes. How wonderful that will be. 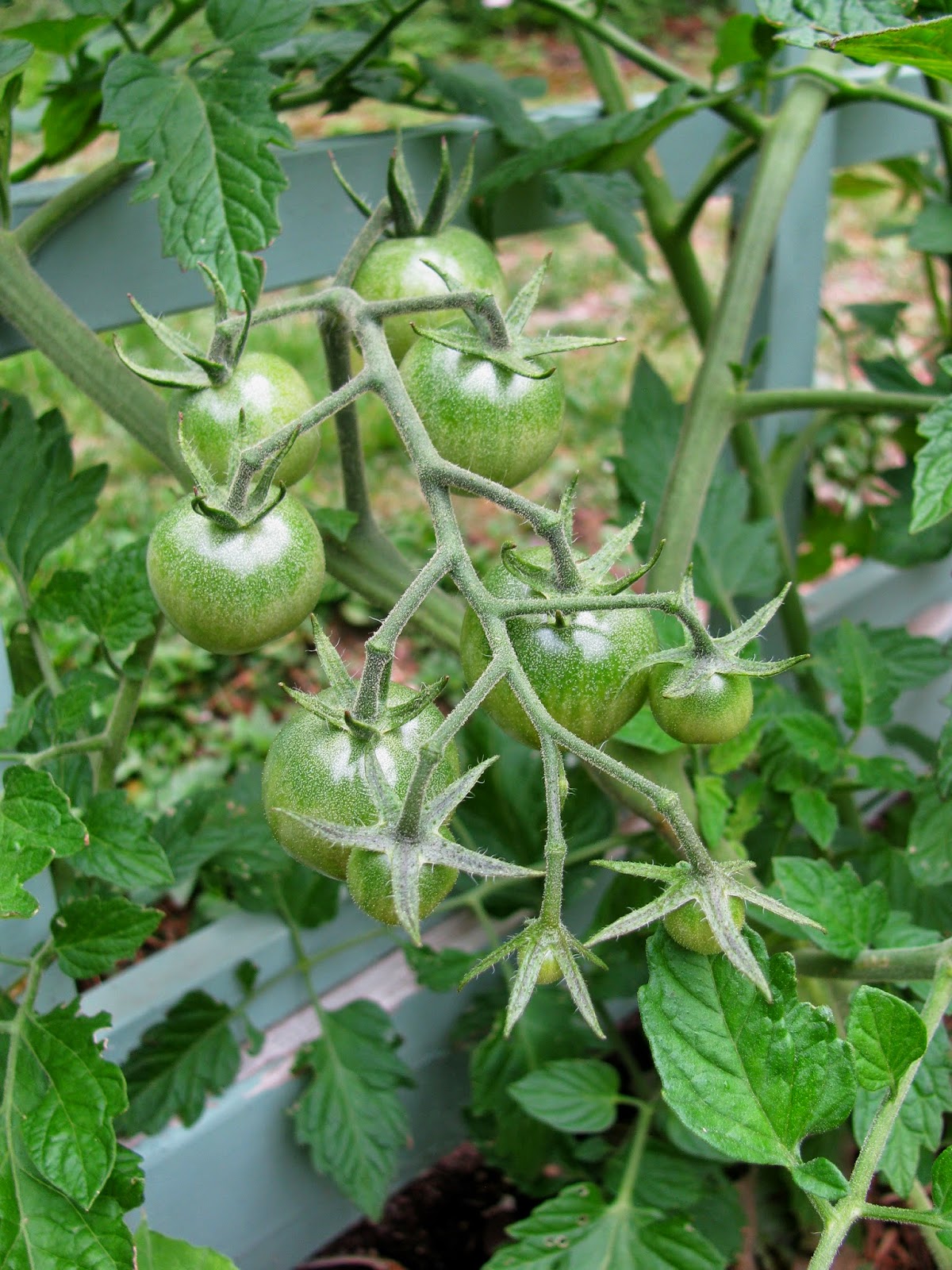