Reds in the August Garden 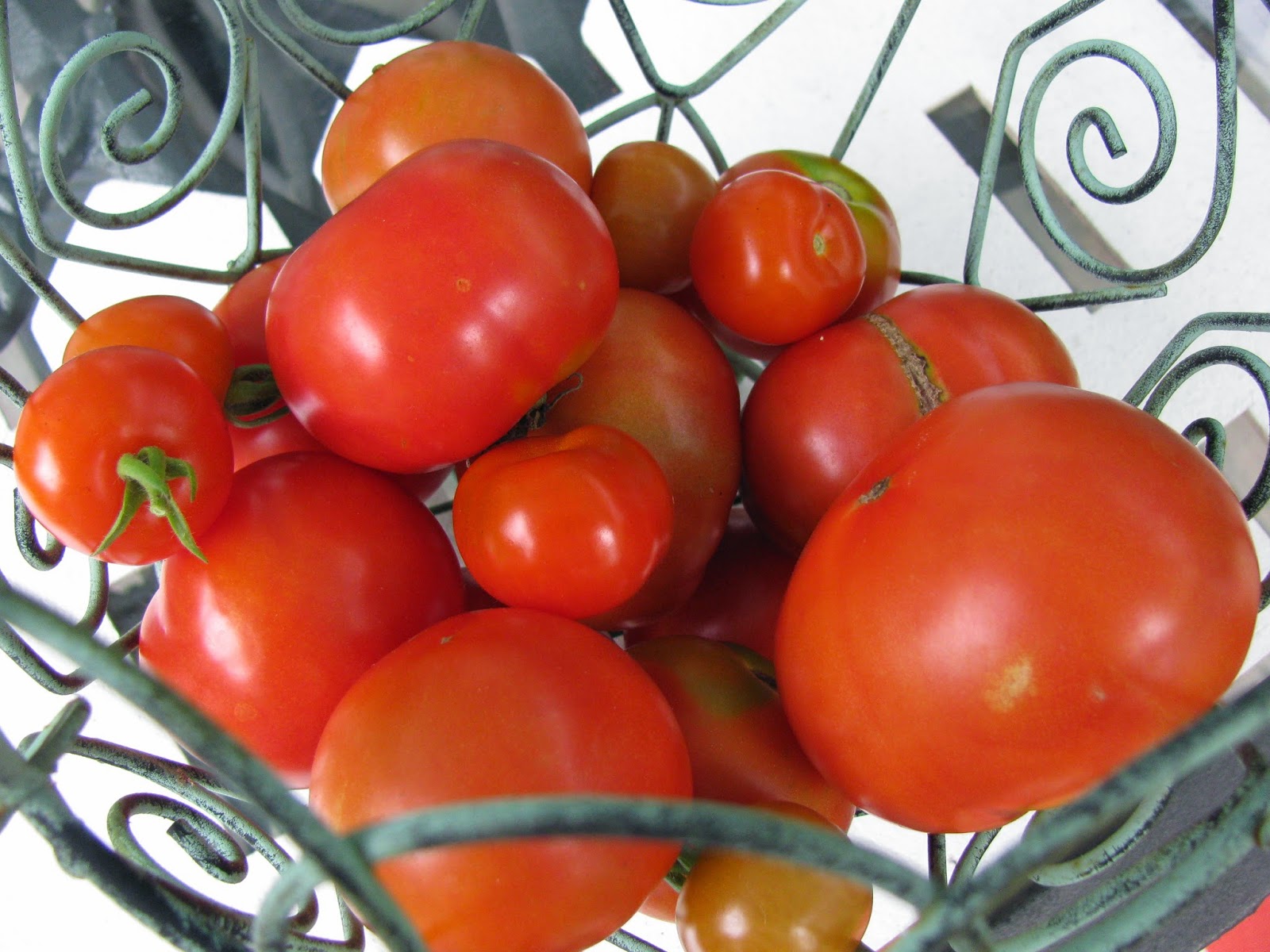 My favourite red in the garden...tomatoes! Finally, they are ripening and we are enjoying juicy open faced sandwiches for lunch most days now. The last few years I've stopped growing a lot of the heirloom varieties we loved because of  late blight. Now, I grow early cropping bush types like Scotia, which was developed here in Nova Scotia and Sub-Arctic Plenty was has an interesting history. Developed in the 1940's to provide the US Air Force stationed in Greenland with fresh tomatoes, it has a unique ability to set fruit early under cool conditions. Good news for me. I do have a few cherry tomatoes, like Tumbling Tom in a container, and a good size Mexico Midget which was never touched by the late blight in years past, so I grow that also. The fruit are the size of blueberries and packed with flavor.

The weather has changed, with the clear skies of autumn, and cool overnight yet quite lovely and hot the last few days. So the other reds that are in the garden, in the flower beds, are looking very handsome and give the eyes a real boost. Crocosmia has survived three years now, only marginal where I am (Zone 6), and this year its outdone itself. The hummingbirds are enjoying it also, as their preferred flower, Scarlet Monarda has just about finished. 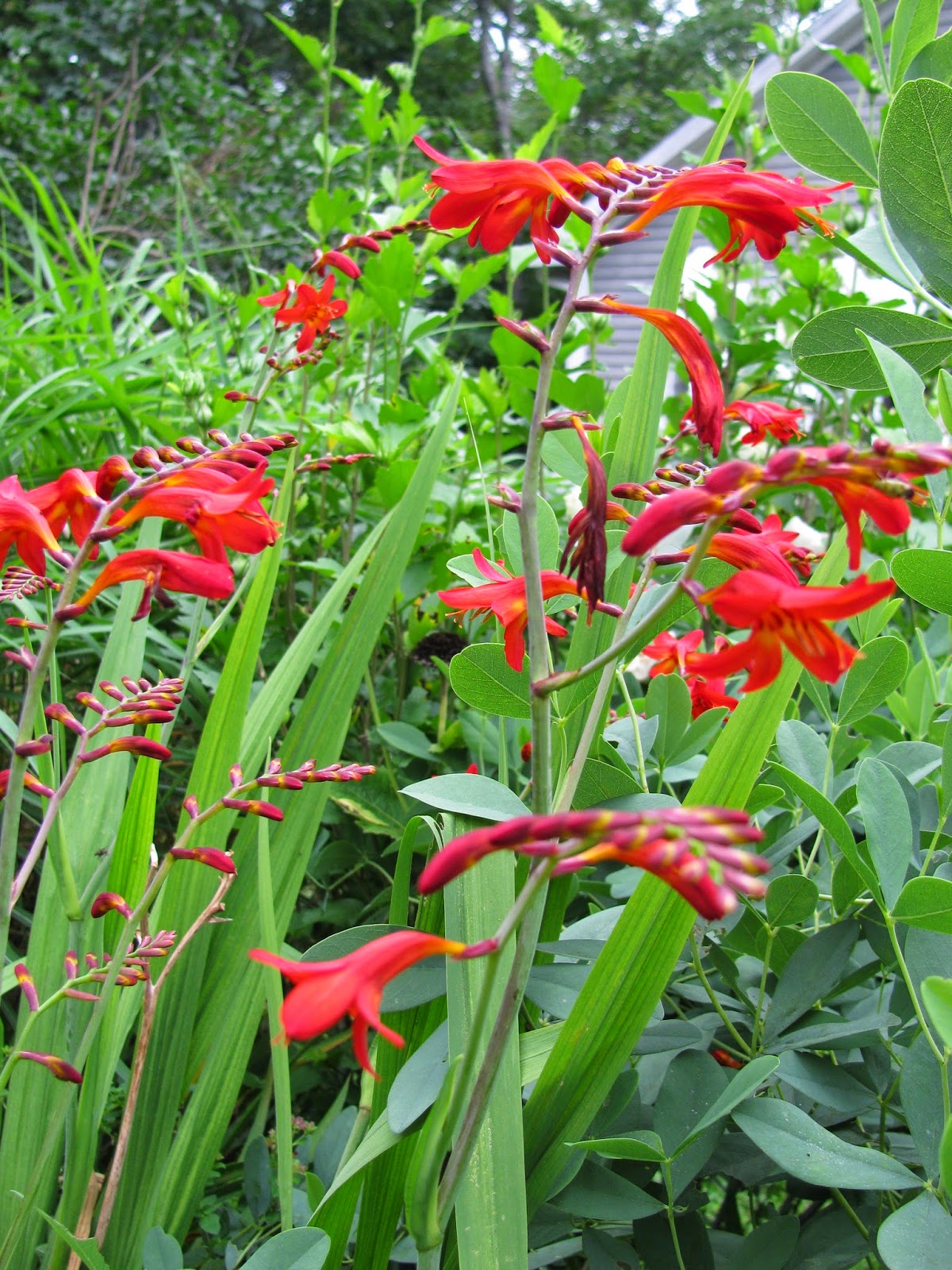 There's another plant in the flowerbed that is a long bloomer and also marginally hardy here so it doesn't become invasive. It is Persicaria Firetail and although not tomato red, it is another plant that makes the August and September garden glow. 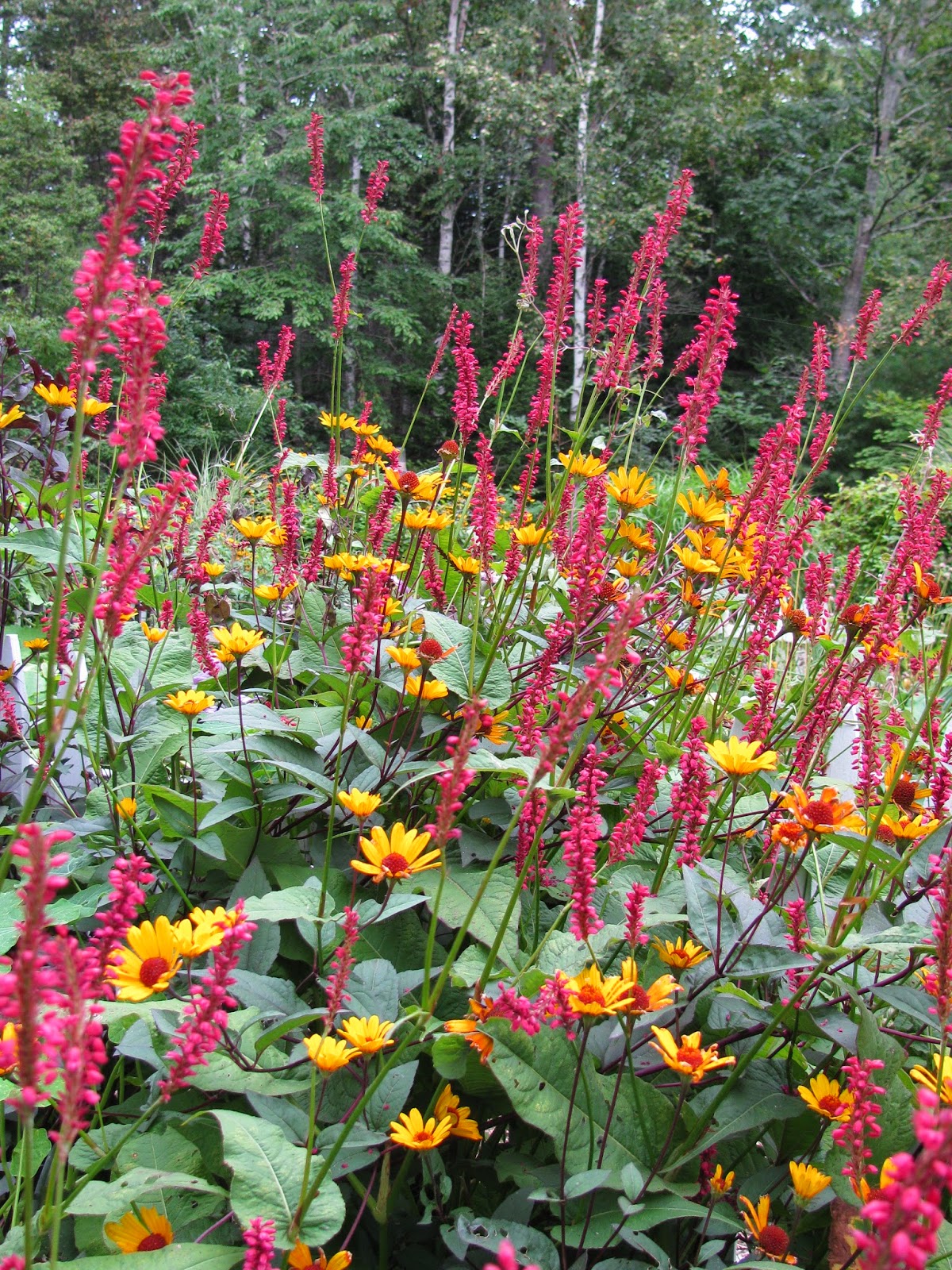 We are eating beans, both the French Filet and the climbing, white Blancoma and red Cylinder beets, carrots and a fresh crop of arugula and mixed greens...perfect for those tomato sandwiches! Overdid it with the pumpkins, Acorn squash and Blue Hubbard squash, which is climbing over everything even the asparagus that's gone to fern. Rather wild looking here right now. The deer visited one night so we lost a lot of the leaves on the trellised beans but they are recovering. Sigh...where did August go? 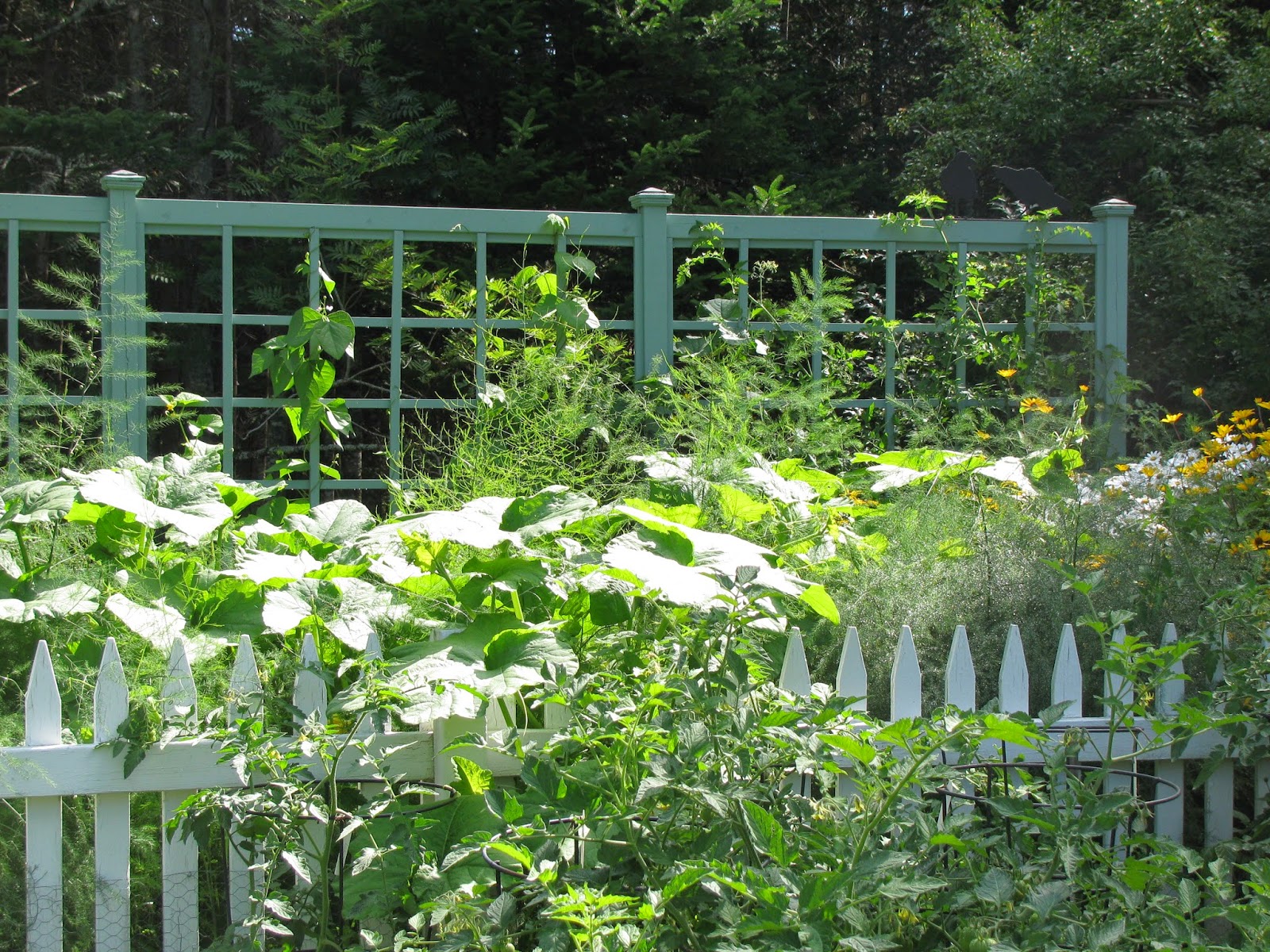 Posted by Gardeningbren at 2:38 PM