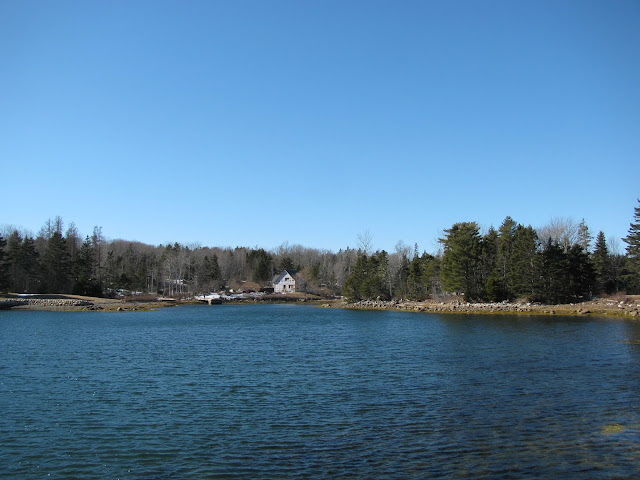 The ice has moved out of the bay for now, hopefully for good. Out on our recent walk, the gravel roads frozen like concrete, hurt your eyes blue sky above, we noticed a neighbouring home having a second floor built above it. We always referred to it as 'the pink house' but likely we will have to give it another name soon. The construction workers have had great weather to do this, with very little snow this winter.

While the temperatures were practically balmy when I wrote my last blog, we recently dipped to well below zero, cold winds making it feel bitter. But, during that warm balmy time, seeds were planted in the raised bed with the Lexan cover. It did not take them long to germinate and hopefully, they will continue to do well. 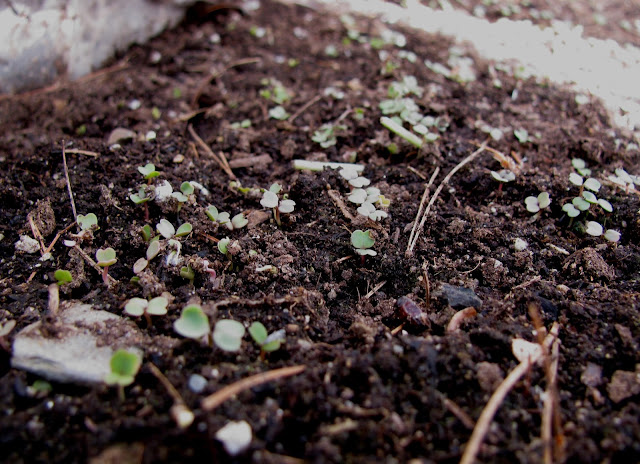 Knowing the weather was going to 'dip' this past week, they were covered with another layer of insulation I call Fleece or Reemay. This comes in different weights ..ours is a medium weight. But it does the job, keeping little germinated seeds alive under the white blanket and over that, the Lexan cover. Arugula, radish and spinach sprouted but not beets so far. As a wise gardener once told me..."think of that raised bed as an outside refrigerator"..and I do. It will keep the greens chilled to perfection until the days lengthen even longer and they put on more growth. We are going up to seven degrees on Wednesday so will remove the Remay and if needed, will prop open the cover as it does get very warm about one in the afternoon in that raised bed.

Looking back to last year's photos, it was remarkable to see no snow. In fact, on the 20th, we had fluffed up the beds, and had everything ready to plant. I am doubtful we will this year, but you never know. 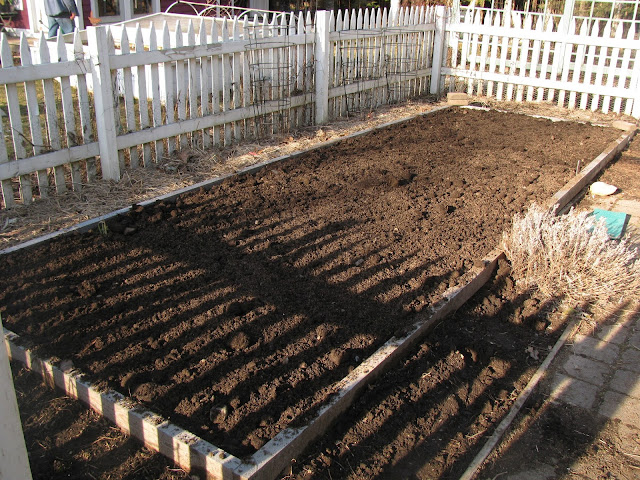 Our neighbour's Witch Hazel is in bloom (mine is not but that's another story) and I notice the little Daphne that is native to Nova Scotia is wanting to open so signs of spring are appearing daily. I could do without the constant coo coooing of the Mourning Doves at crack of dawn though. No crows looking for nest material so far, but I have seen on the warm days, the chickadees and squirrels pecking and chewing on the maples for the sweet sap. It won't be long now and Nova Scotia gardeners will be in hyper mode! 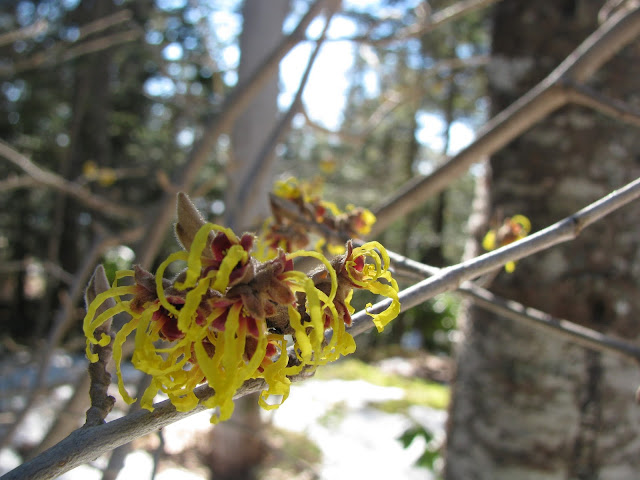 Posted by Gardeningbren at 12:38 PM